Pot Committed – Learn How to Avoid Ugly Spots In Poker

Hitting your dream card on the turn or the river and catching the nuts with chips to still play for is one of the best feelings in poker. It’s the moment when all tough decisions are gone, and the only thing you need to think about is how much you can get paid.

But, there is another side to that coin as well.

When you keep calling with a big draw and the river brings a card that improves your hand but not in a way you were hoping for. You end up with a second or third pair and hear one of the worst poker sayings in this spot – your opponent announcing they’re all in.

You’re about to toss your cards into the muck but glance over at your stack and realize you only have about 15 blinds remaining. And there are more than 100 blinds in the middle. What do you do now? Can you give up when you’re so invested and have some chances of winning the pot still?

The above scenario is just one of many examples of what’s called being pot committed.

In this example, you have to risk so little to win so much, and your hand, as bad is it might be, can still beat some bluffs. It’s poker, after all, everybody bluffs sometimes.

So, you make the call and see the bad news. Of course, they flopped the set and took you to the value town. But it’s not that big of a mistake, is it?

Were you really committed to the pot? Did you have to make that call?

What Is Pot Committed, Really? 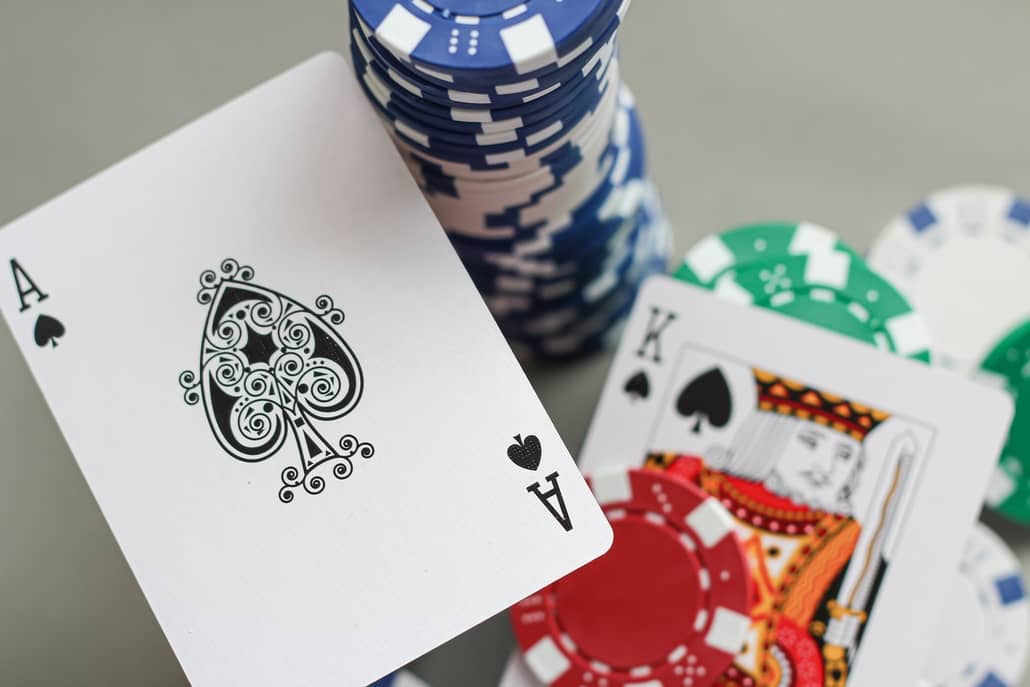 Figuring out whether you’re pot committed or not isn’t that hard, at least in theory. You need to compare the size of your stack with whatever amount is in the pot.

If the pot odds for whatever amount you have left are greater than your odds of winning the hand, you have to call.

There are many discussions in the twoplustwo NVG poker forum about this topic, but let’s take another example to illustrate what is pot committed.

The river pairs the board with another deuce, and your opponent announces they’re all in for $125 they have behind. At this point, you start having your doubts as it really seems like they might have an overpair. 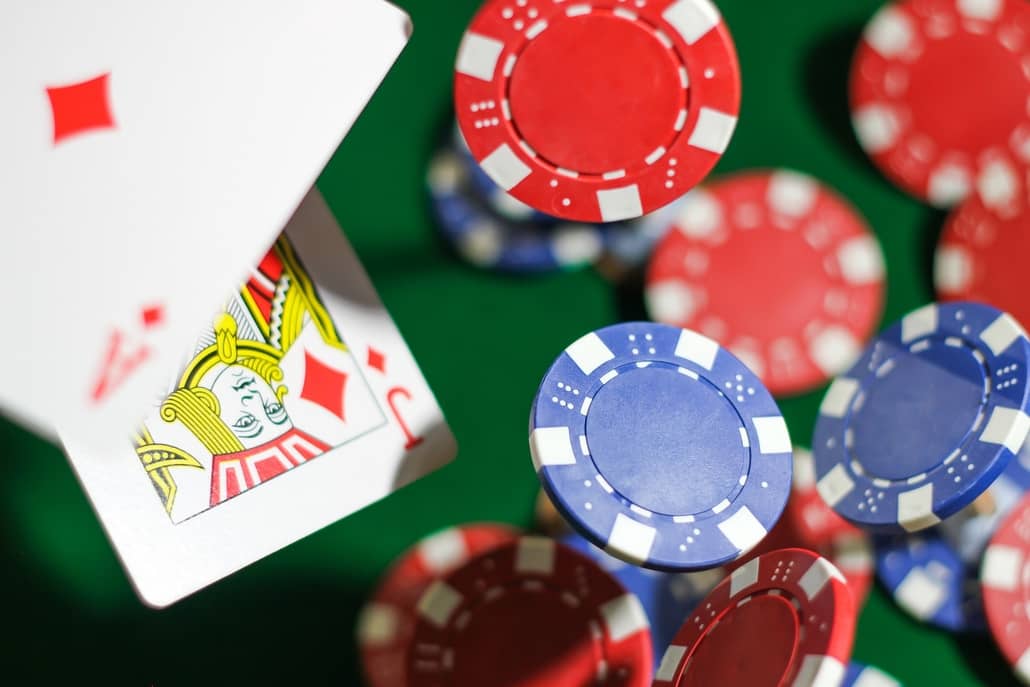 It’s not uncommon to see less experienced players fold in these types of situations. They convince themselves that there is simply no way they’re good and decide they’d rather keep their $125. You can’t justify this by reads or intuition.

If you fold in situations where you’re clearly pot committed, you’re making a mathematical mistake similar to calling huge bets on the turn when you only have a naked flush draw. It’s the kind of play that will lose you money in the long run, guaranteed.

The math is fairly simple in these scenarios.

You’ll always be making more money by calling than by folding in the long-run.

In the previous example, with such good pot odds, you’re probably correct to call with any hand that has semi-reasonable showdown value, let alone a top pair.

And if you’re reading this and thinking it’s nonsense because you’ve folded often for small amounts on the river and you were right, that just means you have other leaks in your game.

Once you reach the point where you’re committed to a pot, it’s pretty much game over. There is no more room for thinking or deciding, unless you are sure you have no chance of winning.

The math dictates you should put the chips in the middle and hope for the best. In fact, making that last call might be the only correct thing you’ve done in the hand.

Focus on a Broader Picture

Almost every time you find yourself pot committed in a hand and thinking about folding, it’s an indicator things have gone sideways at some earlier point. If you are not playing Strip poker, then you just have to think in advance.

Perhaps you’ve called a big check-raise on the flop with just an open-ended straight draw, then called again on the turn, and the river paired one of your cards instead of giving you the straight.

So now you have a bit of showdown value, and you’re probably right to call, but you shouldn’t be in that position, to begin with.

In poker, it’s usually too late to fix things when you’re facing an all-in, and most of your chips are already in the middle.

It’s often said that it’s no use throwing good chips after bad, but that saying doesn’t apply in situations where you’re committed to a pot. The chips that go in the middle in the end are the proverbial “good” chips. The ones before them were likely the “bad” ones.

Of course, everybody makes mistakes, and nobody plays perfect poker. It’s not the end of the world when these things happen, but I’m trying to emphasize you shouldn’t be trying to fix them by folding when you’re clearly getting the right odds to call.

Instead, make that call, see what happens, and then analyze your play in the hand later and see where things went wrong.

How to Avoid Being Pot Committed? 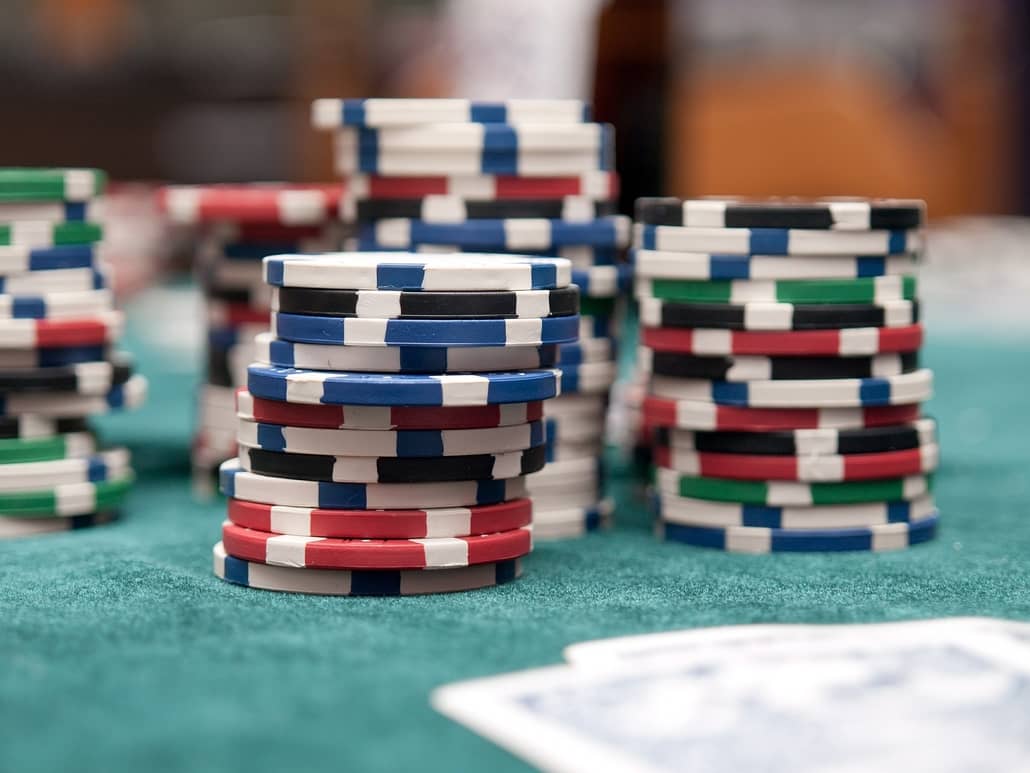 So, now that I’ve covered what is pot committed and how you should think about this concept, the question becomes, is this a bad thing? Do you need to avoid being pot committed at all costs, no matter what?

As with many things in poker, the answer is – it depends.

With some hands, you don’t mind being pot committed. If you have a very strong hand on the flop, you’ll happily commit to a pot while you’re very likely to be ahead.

With a big draw, you shouldn’t mind committing to a pot as long as you get to be an aggressor and also have the added benefit of fold equity.

On the flip side, you have to be very careful about becoming committed with weak or speculative holdings.

It’s not that hard to get carried away while playing poker. It sometimes happens even to the best of players. You make a call you shouldn’t make, or maybe you accidentally make a string bet which changes the hand flow or raise in a spot where either folding or just calling were better options, and all of a sudden, you realize you no longer have enough chips in front of you to fold.

So, how to avoid being pot committed?

There are several different aspects to this, but I’ll try to make a quick list:

While your decision may be very easy once you’re committed to a pot, it’s definitely not something you should be looking to achieve.

Frequently committing too many chips with weak hands is a sure way to wipe out your bankroll.

Focus on the Players

In addition to thinking about your own hands, you should also be very aware of your opponents and their stack sizes.

You shouldn’t be playing the same hands against players who have 100 big blinds in front of them and against those with 10 to 20 bigs in their stack. You’ll often get pot committed against the latter and will end up giving away heaps of chips in bad spots.

For example, a player from HJ opens to 3 big blinds, and you have Td9d on the button. In general, this is a very solid 3-betting hand in this position. But you glance over to the HJ player’s stack and realize they only have about nine blinds behind.

There is very little point in 3-betting or calling their open because you’ll be pretty much committed to calling their all-in if you get any piece of the flop.

If you call and the flop comes 9 A Q, you can’t really fold when they jam because they have so little behind and you’re effectively pot committed. That’s is not even considering the fact that you will miss most of the time.

Simply fold your hand before the flop and be done with it.

If you know someone to be a calling station, you should be very careful about bluffing them and sizing your bets.

If you know there is a decent chance you’ll get called but want to try a bluff anyway, size your bets so they don’t commit you to a pot. That way, if the bluff doesn’t go through and they bet or raise on the river, you’ll still be able to make a correct laydown.

Using “Pot-Committed” as an Excuse 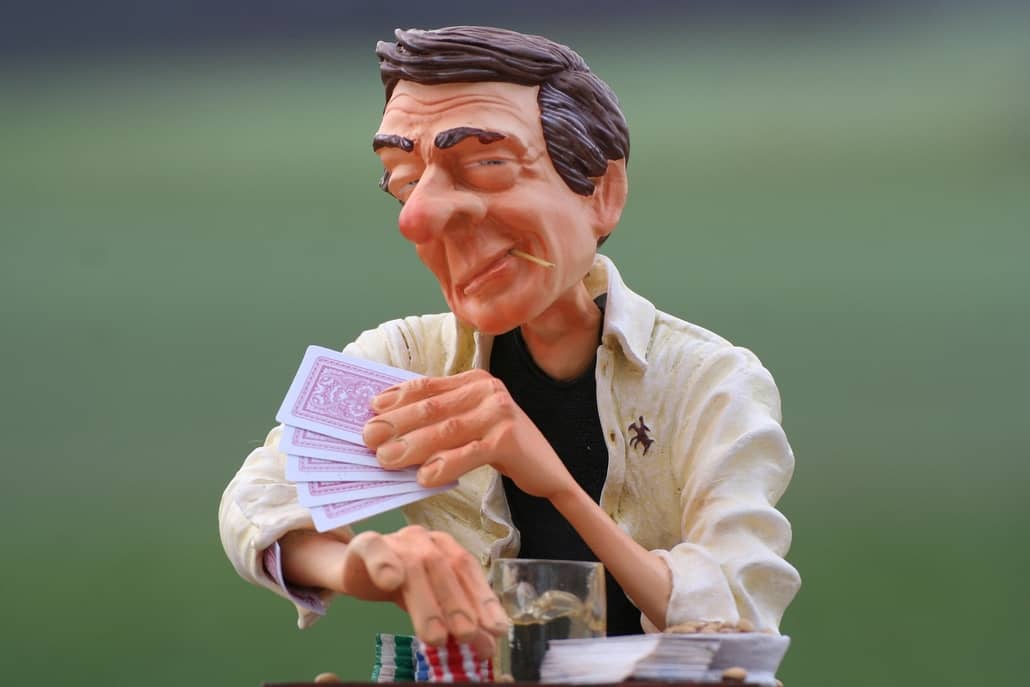 Players will sometimes try to use the idea of being pot committed as an excuse for all sorts of weird plays. They’ll snap-call your 40 big blinds shove into a 35 blinds pot on the turn with an up and down draw, saying they had to do it – they were “pot committed.”

Being committed to a pot isn’t a mental state or a spiritual thing. It’s pure math.

Using it as an excuse to make bad calls is as valid as saying a little gnome whispered it into your ear. It’s your chips, and you’re fully entitled to do with them as you like, but certain parts of poker theory aren’t open for interpretation.

This is not a grey area of slow rolling or angle shooting. You’re either getting the right odds, or you aren’t.

If you hear someone using this argument to justify bad plays, don’t get upset or try reasoning with them.

If that’s what they think pot committed means, you can be pretty sure they’ll be giving away a lot of money in the future. So, let them base their decisions on their logic, and you stick to the real thing.

You will often find yourself pot committed in tournaments and cash games alike.

As long as you know how to figure out if you’re really committed and don’t fold in these spots, you’ll be fine.

There is really no big mystery to the whole thing – if you’re pot committed and have a hand that warrants the call given the odds, you toss the chips in.

The trick is to avoid being pot committed when this isn’t the part of your plan for the hand.

Some strategies described in this article should help you with that part. Avoiding tricky spots that can easily lead to getting you committed to a pot that doesn’t actually have your name written on it is very important.

So always try to plan things ahead and consider everything, from the opponent’s starting stack to actual and implied odds. Folding early will help you avoid getting pot committed later.

Finally, don’t linger too much on your mistakes but don’t try to explain them away using warped reasoning, either.

It’s okay to find yourself in some pot committed spots you don’t like. Just make sure to take the time later to figure out why the spot came about in the first place and try to avoid the same mistake in the future.

Poker Hand Rankings – Master All Of The Poker Hands In The List
January 12, 2021
Best Poker Sites